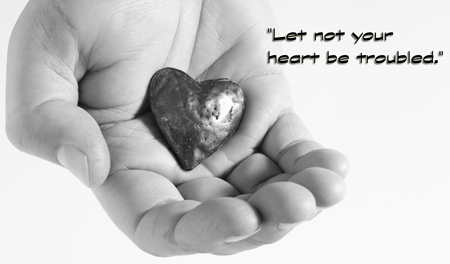 Just as God is without the elements of time and space, so He also was without these elements. Whether He went or stayed it was the same, for He, as God, was omnipresent. Since His going was actually His coming, their hearts did not need to be troubled by His going. He was the same as the God in whom they believed. If they believed in God, they also had to believe in Him because He was the same as the God who is always present. The Lord seemed to be telling His disciples, “I am omnipresent. If you believe in God, you must also believe in Me, for I am the same as God.”