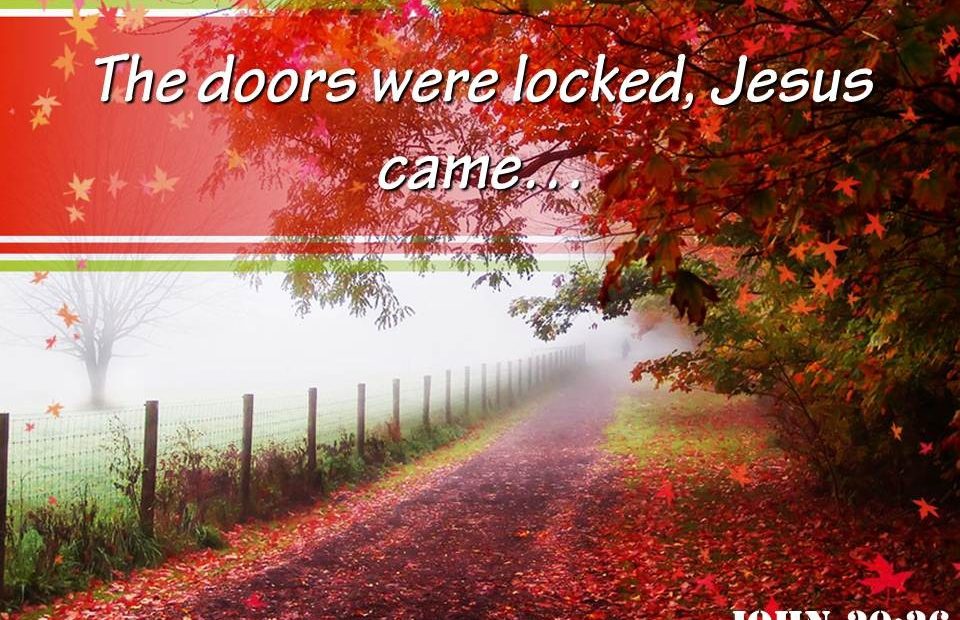 After the Lord came in verse 19, eight days before, there is no word or hint in John’s record showing that the Lord left the disciples, because actually He stayed with them, though they were unconscious of His presence. After the Lord breathed Himself into the disciples, He abode in them and stayed with them. Since His disciples were not always conscious of His presence, there was the need of His appearing. His coming in this verse was not an actual coming; it was an appearing of His presence. Before His death, the Lord’s presence was visible in the flesh. After His resurrection, the Lord’s presence is invisible in the Spirit. His manifestations or appearings after His resurrection were to train the disciples to realize, to enjoy, and to practice His invisible presence, which is more available, prevailing, precious, rich, and real than His visible presence. This dear presence of His is just the Spirit in His resurrection whom He has breathed into the disciples and who will be with them all the time.