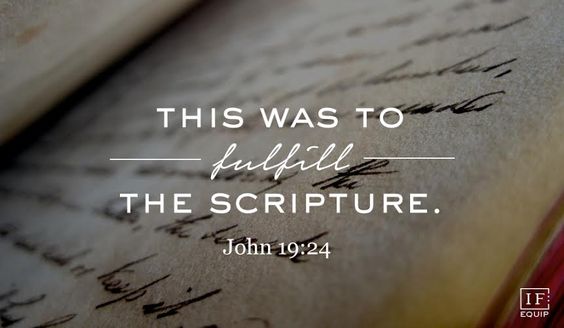 Religion was blind, politics was dark, the governor was false, and the soldiers were greedy. When they had crucified Jesus, they took His garments and made a part for each soldier. Since His tunic was seamless, they cast lots to see whose it would be (19:23-24). This was not of the soldiers, but of God’s sovereignty. It happened that the prophecy in Psalm 22:18 might be fulfilled. The soldiers did exactly what was prophesied in Psalm 22:18. By this we see that the Lord’s death was sovereignly planned. If God had not planned it, no one could have put the Lord of life to death. All the fulfilled prophecies prove that the Lord’s death was not of man, but of God’s sovereignty.